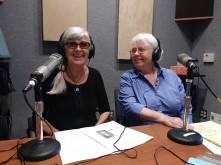 She still travels occasionally around N California if there are 4 or more clients. She has worked with clients who have reading problems, light sensitivity, headaches and migraines ,depth problems,  ADD/HD and brain injuries.   She finds it also benefits students who can read well but hate to read,  are off task and distractible , or are not working to potential.